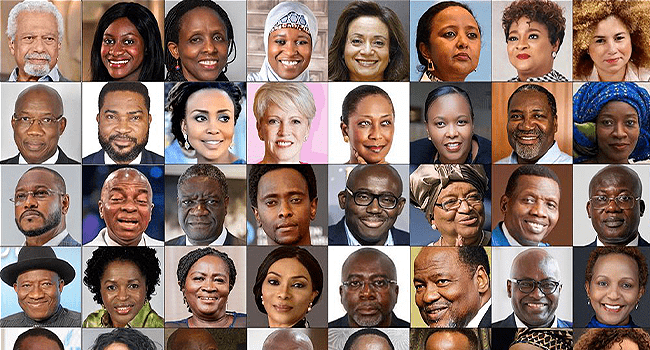 “Reputation Poll is a research-based, global performance-management consulting company,” a statement on the firm’s website reads. “Reputation Poll set to become a Global Brand in reputation ratings focused on creating and executing credible opinion on personalities, organisations and brands across multiple industries.”

Others are Permanent Representative of Nigeria to the United Nations, Tijjani Muhammad-Bande; Deputy Secretary of the United States Department of the Treasury, Wally Adeyemo; General Overseer of the Deeper Christian Life Ministry (DCLM), WF Kumuyi (Pastor).

According to the company, the selection criteria are integrity, visibility, and impact.

“During the announcement of the list, Ms. Beldina Auma, the Co-Chairperson of the Review and Audit Committee, as well as the Chair Emeritus of the World Bank Group-IMF African Society, President of SCIP-International, said the organisation is dedicated to recognizing people, groups, and businesses who continually improve lives in Africa and around the world,” the firm said.

Olawale Fasanya, championing the cause of Micro and Small Businesses at SMEDAN