Shola Ogudu expresses shock at the photos being sent to her son.

Shola Ogudu, who is the baby mama of Nigerian singer Wizkid has revealed that girls are sending nude photos to their nine-year-old son on Instagram.

In a post shared via her son’s Instagram page, Ogudu expressed her concern over the photos sent to her nine-year-old son Boluwatife

“My son is only 9 years old and the kind of DMs he gets is madness…from grown women. Is that men have finished in the world? Its 9-year old that you people will be sending nudes, sending breast? 9 years old,” she said. 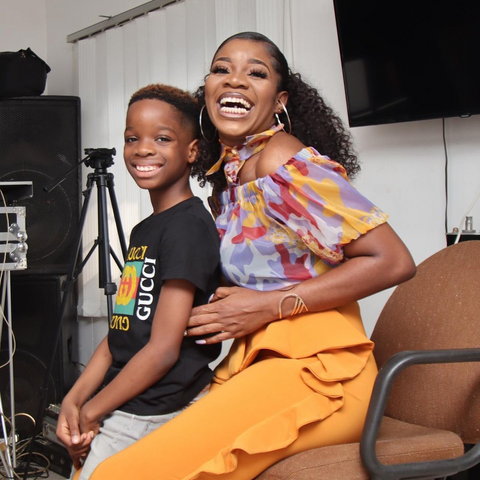 Shola Ogudu expresses shock at the photos being sent to her son. [Instagram/OOluwanishola]

Ogudu went to threaten to reveal the identity of the ladies sending her son the photos if they don’t stop.

“You people should stop it. Stop it. Because if you don’t stop it, I’ll actually call you out. I’ll screenshot your page, screenshot your nude and post it. Shebi you want people to see that your body is sexy,” she added.

“Let me help you spread the word so people will see your sexy body. This is the final warning, that’s why I used his page to come and warn you. Stop sending my son nudes, he is 9 years old. If you want to shoot your shot, shoot it at people your age.”