When Will You Sue People That Killed 43 Farmers?- Aisha Yesufu Mocks The Man Who Sued Her, Others

Aisha Yesufu, a Nigerian socio-political activist, and co-convener of the Bring Back Our Girls Movement, Aisha Yesufu has called out the so called human rights activist that sued her, Falz, Burna Boy, Don Jazzy, 2Baba and others for taken part in EndSARS protest, saying she’s looking forward to see when he will sue the people that killed 43 farmers at the Koshebe Village, Borno State. 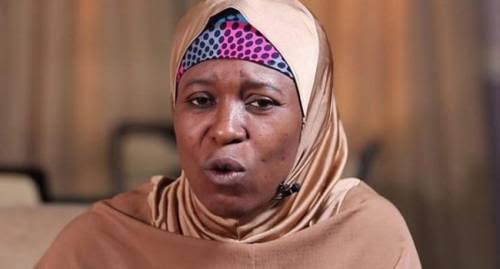 Following the killing of 43 rice farmers on Saturday by insurgents at Koshebe village in the Jere Local Government Area of Borno, Aisha Yesufu has took to social media to called out one, Kenechukwu Okeke who sued her and other dignitaries that showed support for the EndSARS protest to take action on the killing of innocent, hardworking 43 farmers.

It would be recalled that Kenechukwu Okeke filed complaint against Aisha, Falana, others, claimed that the riot that followed the protest led to the destruction of his property and he, therefore, wants the promoters of the protest to be brought to justice.

Aisha Yesufu in a tweet he posted on his official Twitter page @AishaYesufu, called on Kenechukwu Okeke to do well and sue the people that killed the hardworking 43 farmers that was killed at the Koshebe village in the Jere Local Government Area of Borno.

You Are Uninformed, Your Debate on Nigeria is Disgraceful, FG Lashes British MPs

China Lands on Moon On Mission to Collect Lunar Samples