Fresh facts have emerged as to how yet unknown suspected assassins gunned down a senior lecturer at an Ogun State-owned ICT Polytechnic, Engr. Waliu mufutau, on Wednesday.

Hoodlums On Rampage In Ibadan, One Dead Five Others Injured

Mastermind of Bitcoin Mining Ponzi Scheme Extradited to the US: $20 Million in Victims’ Funds Laundered

The deceased lecturer was reportedly trailed to Itori axis of the LagosAbeokuta Expressway by gunmen in an unmarked vehicle and shot dead at close range.

Mufutau was said to have died in his car afterwards while his assailants left without removing any items from him or his car.

The lecturer was said to be returning from a conference when he met his gruesome end in the hands of suspected assassins.

However, police authorities in the state on Thursday confirmed that the suspected assassins of the lecturer, used an unregistered Lexus Jeep to waylay him and thereafter blocked his car before they opened fire on him.

In a press statement, the Police Public Relations Officer in the state, DSP Abimbola Oyeyemi, said  the Command has observed with great concern the reckless usage of unregistered vehicles and motorcycles in the territory and the rate at which they are being used to carry out heinous crimes. 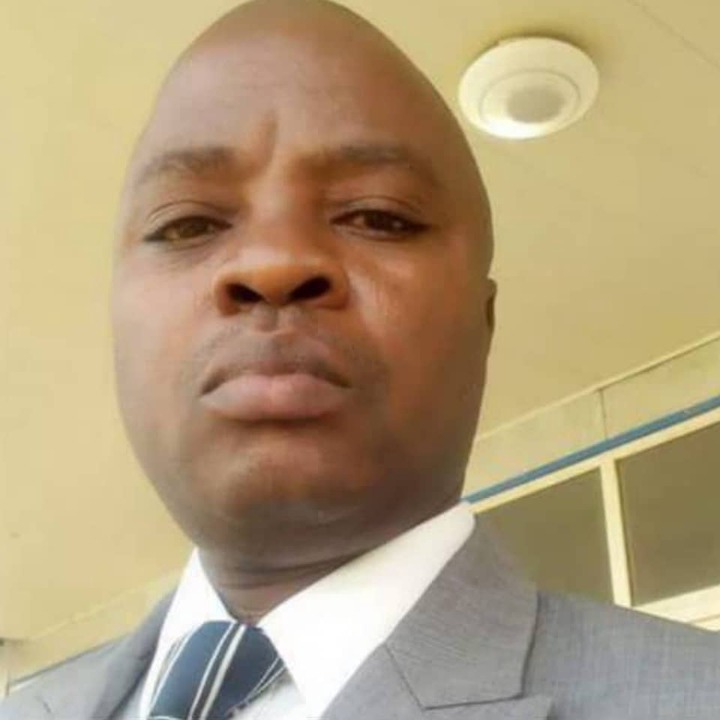 According to him, Area Commanders and Divisional Police Officers throughout the state have been directed to clamp down on those plying the roads with unregistered vehicles and motorcycles, as well as vehicles with tinted glasses without permit.

Giving an update in respect of the incident, Oyeyemi, said the Command is treating it as a case of “assassination,” stressing that detectives from the Homicide section have been dispatched to the area to investigate the matter and unravel those behind it.

“Operatives from the Homicide section of the Ogun State Police Command, Eleweran, Abeokuta, have been mobilised to the scene and are working on every available clue to unravel the motive of the killing and the perpetrators, he added.

Also on Thursday, authorities of the Dauda Adegbenro ICT Polytechnic, Itori straightened the narrative on the incident, saying the incident occurred few minutes after the decreased drove off from the institution’s premises after close of work on Wednesday

According to a statement signed by the Polytechnic’s Public Relations Officer, Mr. Yinka Adegbite, the late lecturer closed from work on the day of the incident and was waylaid around the Itori axis of the Lagos-Abeokuta Expressway and shot in his car.

The statement read, “the late Engineer Mufutau, who until his death was the head of Eletrical/Electronics Engineering was on his way home from work on Tuesday around 5pm when he was attacked by gun men just before Wasinmi on the Lagos-Abeokuta Expressway.

The statement continued “Mufutau was said to have spotted the men, who were said to be in Mobile Police uniform ahead of his car and probably, suspecting that they were dangerous, stopped his car and put the gear in reverse motion but was overrun by the gunmen who shot him several times in his car”.

The statement added that by the time some passersby and some members of staff of the Institution got to the scene, Mufutau had been severely injured from the gun shot.

The Police were contacted immediately and the lecturer was rushed to the State General Hospital, Ijaye, where he was pronounced dead.

“The matter is now in the hands of the Police and we await the outcome of their investigation”, Adegbite said in the statement, which he ostensibly signed on behalf of the Polytechnic’s Ag. Rector, Mr Kehinde Job-Olatunji  and Registrar, Mr Bayo Ogundimu.

Nigeria to Expect £60m Ibori Loot from the UK – Group

Hoodlums On Rampage In Ibadan, One Dead Five Others Injured

Mastermind of Bitcoin Mining Ponzi Scheme Extradited to the US: $20 Million in Victims’ Funds Laundered

Doctor Sentenced To 14 Years In Prison For N5m Fraud

Borno Massacre: How Victims’ Hands Were Tied, Throats Slit, Heads Cut Off, and Placed On Bodies

Third Mainland Bridge to Be Partially Closed on Sunday

FG to Borrow N2Trillion from Pension Fund for Infrastructure Finance