US House of Representatives Legalises Marijuana

The local government areas include those of Ado-Odo/Ota, Ipokia, Yewa North, Yewa South and Imeko/Afon. These areas ironically constitute the food basket of the state, with an international border with Benin Republic which earned Ogun State the appellation of Gateway State.

Politically, Yewaland, with its massive population, is only relevant during the time of electioneering. Soon after, the Yewa people are shoved aside,with almost nothing to parade as dividends of democracy. 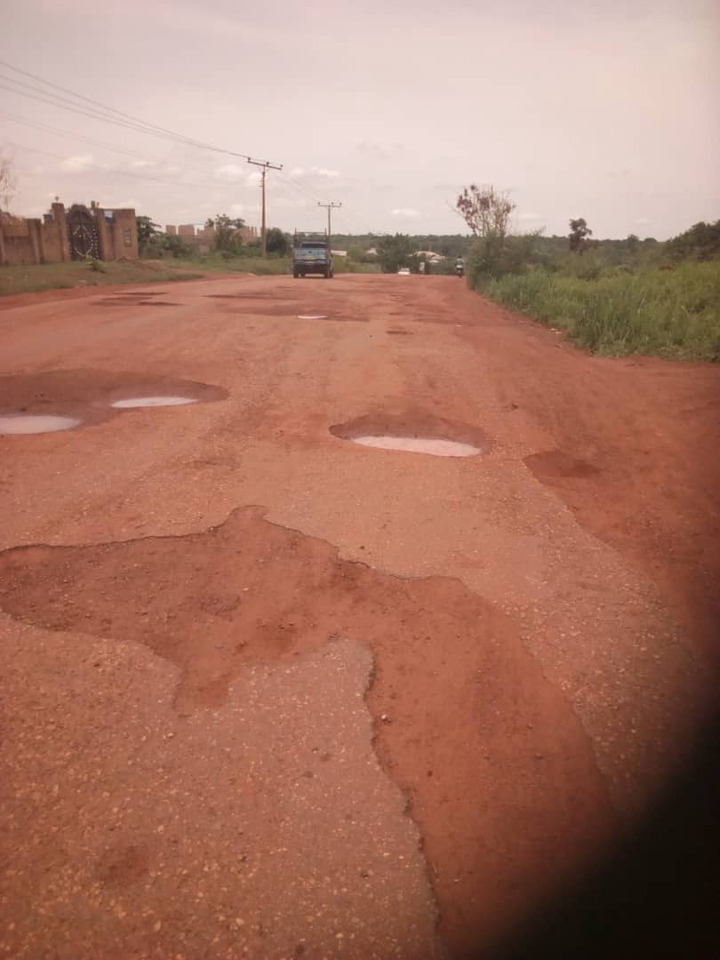 Worst of all is the very decrepit state of roads in the entire territory to the extent the different towns in the axis can longer link one another, just as some of these roads can only be plied on foot and motorbikes.

At the onset of the incumbent Governor Dapo Abiodun administration, some 17 months ago, concerned indigenes of the axis had formed different pressure groups, with the Olu and Paramount Ruler of Yewaland, Oba Olugbenle actively marshalling stong influece, culminating in far reaching recommendations presented to the Governor as a panacea. But, all these efforts have resulted to no avail.

However, with Governor Abiodun almost inching closer to a mid-term of his tenure, the Yewa people have resolved to raise alarm and put the state’s helmsman on the spot. 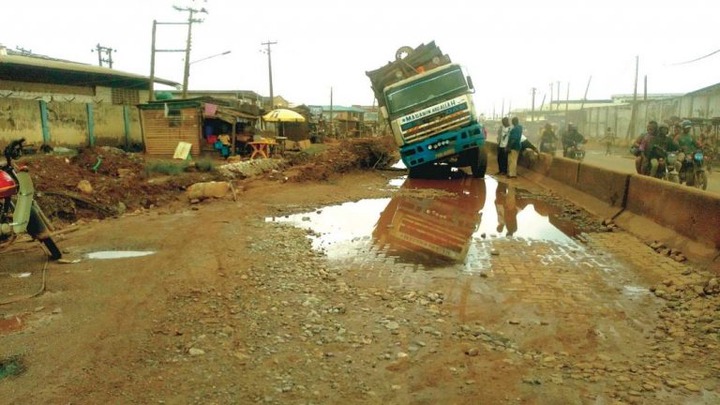 View pictures in App save up to 80% data.

Championing this move this time around is a socio-cultural, non-political organization of indigenes of Yewaland known as Yewa G6 Ambassador under the chairmanship of Ambassador Abiodun Fabuyi and a former Council Chairman, Ambassador Boye Adesina as spokesman.

The Group addressed a press conference in Abeokuta on Thursday and stopped short of telling Prince Abiodun to take pragmatic steps to reverse the age-long neglect of the area by completing the myriads of infrastructural projects within a defined timeline. 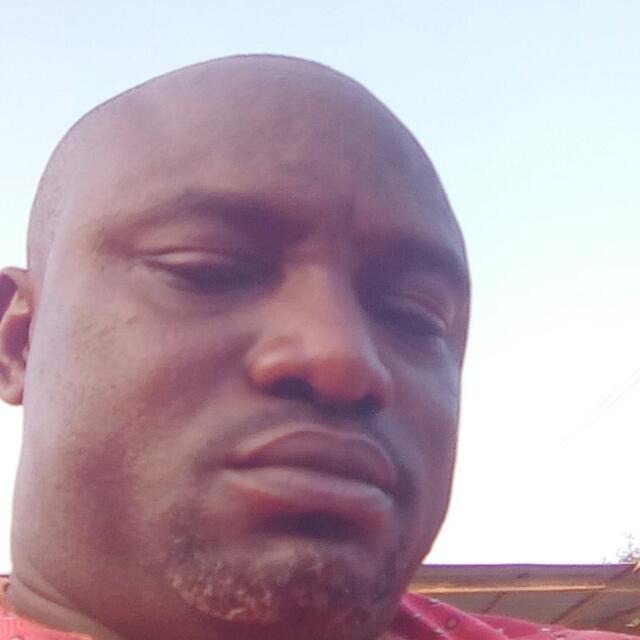 The Yewa G6 Ambassadors cried out that something urgent must be done to avert total cut-off of Yewaland from Ogun State as well as the the continuous pauperization of the people and total collapse of the economy of that axis.

The Group in their position paper addressed to the Governor said: “We will like to note that the Ogun State House of Assembly recently approved a loan of N250 billion for the state government and therefore believed that funding of critical projects should no longer be a major challenge of the government. 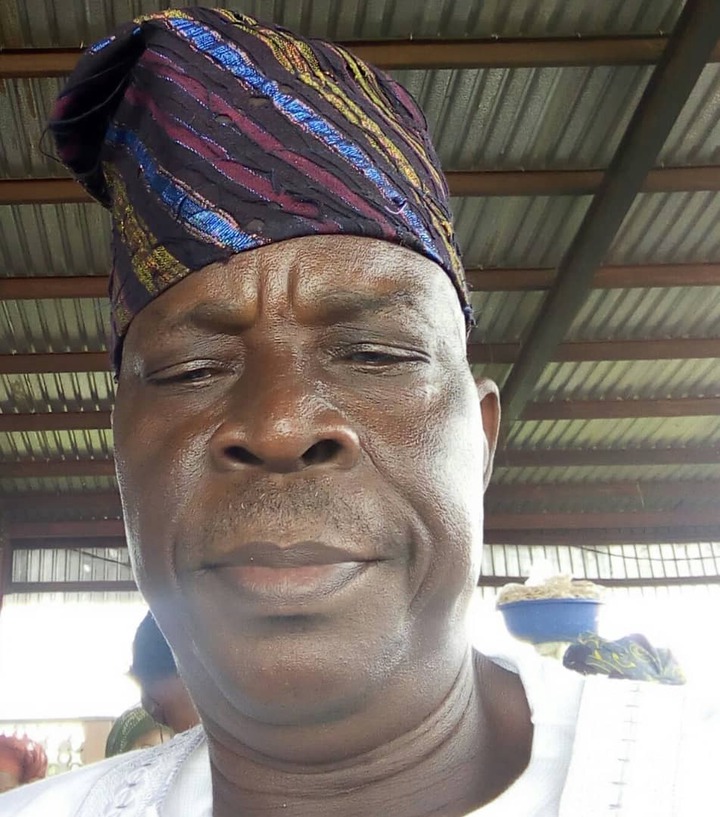 “Our expectations is that not less than 33% of the loan amounting to about N83.4 billion will be utilized to fund critical projects in Ogun West Senatorial District which represents a third of Ogun State and is the cash cow of the state.

“Yewaland is now almost completely cut off from the rest of Ogun State especially to the State Capital, Abeokuta. It will be understatement to say Yewaland has been abandoned in the area of road infrastructure. From Ipokia, Ago-Sasa, Ifohintedo, Owode, Ado-Odo, Agbara, Igbesa, Ilaro, Imasai, Igan-Okoto, Ayetoro, Afon, Imeko, Ilara etc, no part of Yewaland is connected to each other or to the state capital with a motorable road and but for the resilience of our people, the economy of the area would have collapsed completely. 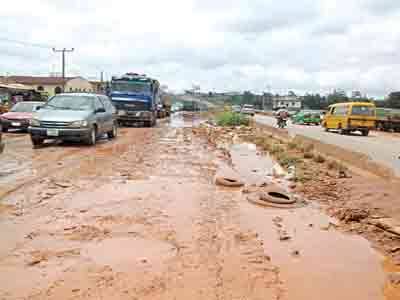 While we recognize that this poor condition of roads in Yewaland of Ogun State as a result of age long government neglect which we can not totally blame on the Dapo Abiodun administration, we are, however, seeing a continuation of the pattern of neglect and marginalization by the current administration. After 17 months in office, we are yet to see any urgent efforts by the government to pay the needed attention to the starving and dying child that Yewaland represents in the affairs of Ogun State.

“It is important to state that while the previous government of Ogun State led by Senator Ibikunle Amosun was constructing bridges all over Ogun State and paying 100% road contracts cost in advance, Yewaland was completely left out of the equation.

The site of proposed Ipokia Polytechnic currently overgrown by weeds

“We therefore call on the government of Ogun State under the leadership of Prince Dapo Abiodun to declare a STATE OF EMERGENCY ON THE ROADS IN YEWALAND, prioritize the roads listed below and give them urgent attention as a first step to prevent total cut-off of Yewaland from Ogun State and total collapse of the economy of the area.

“It is a big shame and a clear indication of absolute neglect that in the 21st century, virtually all of these roads are no longer motorable and can only be plied on foot or through motorcycle or bicycle.”

The Group also raised the issue of the disadvantage of Yewaland in being the only Senatorial zone lacking in the area of hosting any state tertiary institution. They called on the government to immediately commence the process of establishment of a University of Science and Technology in Ipokia. 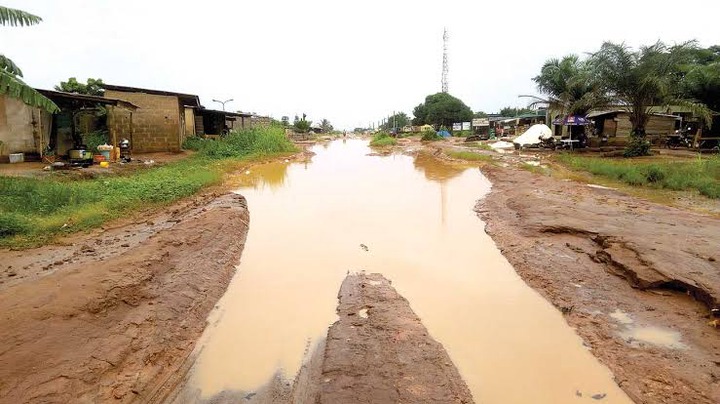 “At the inception of the Dapo Abiodun led government, an expert Panel was put together to recommend the way forward for the institution vis a vis the Moshood Abiola University of Science and Technology proposed for Abeokuta. Leaders of Yewaland then proposed that the Ogun State Polytechnic, Ipokia be made a University of Science and Technology in line with modern trends

“We in Yewa G6 Ambassadors feel very saddened that more than ten (10) months after the Panel submitted it’s report, the government of Prince Dapo Abiodun has refused to take any step with regards to the Ogun State Polytechnic, Ipokia or accede to the request of Yewa leaders to establish a University of Science and Technology in Ipokia instead of a Polytechnic. Today, Moshood Abiola Polytechnic, Abeokuta which was disbanded by the previous administration of Senator Ibikunle Amosun has been brought back to life while the site of Ogun State Polytechnic, Ipokia is now overgrown with weeds.

“We see this act of the government as perpetuation of the age long marginalization and disregard to the interest of Yewaland. We therefore call on government of Ogun State to immediately commence the process of the establishment of a University of Science and Technology in Ipokia. Failure to do this can only amount to a clear message that Yewa’s interest is not important to Governor Dapo Abiodun.”

Pastor Adeboye Reveals What To Do When You Are Angry. He Warns: Anger Can Ruin Your Future!

US House of Representatives Legalises Marijuana

Those killed in Zarbamari Were Boko Haram Informants, Not Farmers – Community Source

Why Armed Robbers Flee When They Sight Me - Bishop Oyedepo