A brief timeline of how nomadic herdsmen became deeply resented in the south on Buhari’s watch. 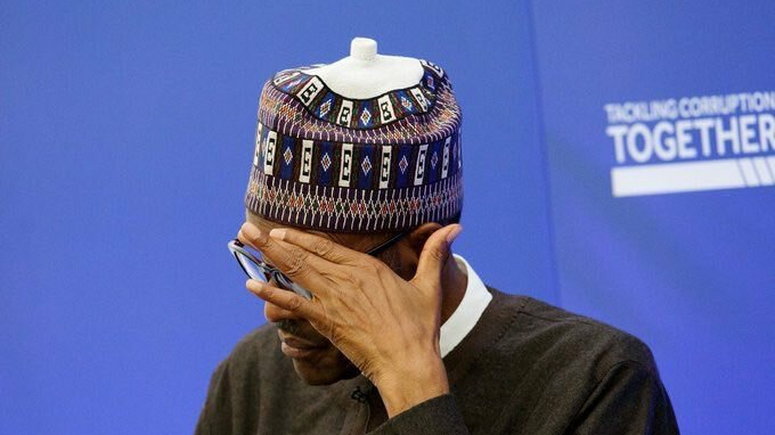 Blood on Uniforms (1): The Inside Story of Extra-judicial Killings by Police Officers Enforcing COVID-19 Lockdown

A Roguish Leadership Crisis and the New Rationalisation of Evil: The Nigerian Debacle

The farmers-herders crisis in Nigeria is an agelong one. Pastoralists have been clashing with crop farmers in Africa’s most populous nation for as long as anyone can remember.

However, clashes between crop farmers and nomadic herdsmen have assumed new and frightening dimensions since Muhammadu Buhari assumed the reins of the Nigerian presidency in 2015.

In 2016, clashes between cattle herders and farmers in the Agatu local government area of Benue State sparked a communal crisis that claimed lives and led to the burning of property.

The herders said they had attacked the community after 10,000 of their cattle were killed by Agatu residents.

Afterwards, there were clashes between farmers and herders in most of the middle belt states and elsewhere across the federation.

Killings involving herdsmen and militants became prevalent in Benue, Plateau, Zamfara and Taraba through 2016, 2017 and 2018. Most of the killings were blamed on Fulani herdsmen. 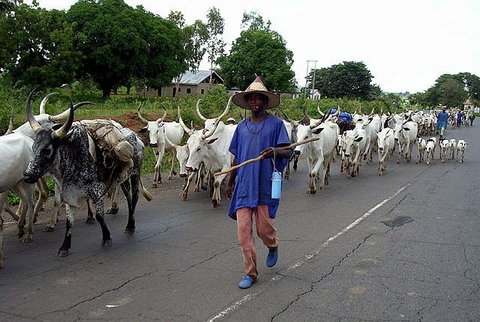 Miyetti Allah cites instances where herdsmen lost their cattle as a result of cattle rustling. (ICIR)

In November of 2017, the Benue State government implemented the Open Grazing Prohibition and Ranches Establishment Law that outlawed open grazing, a law which the Miyetti Allah Kautal Hore, a Fulani socio-cultural group, described as discriminatory and unfair to herdsmen.

On January 2, 2018, Benue State Governor Samuel Ortom, raised the alarm over the killing of dozens of residents in attacks he alleged were carried out by herdsmen in Guma and Logo local government areas of the state.

On January 11, 2018, seventy-three men, women and children were buried in mass graves in Benue.

The wave of herdsmen-farmers killings exploded in the first quarter of 2018. Hundreds of people, including soldiers and police officers, were killed in alleged herdsmen attacks most notably in Benue, Taraba, Plateau, Nasarawa, and Adamawa.

With the cattle herding business being closely associated with the Muslim Fulani stock, the killings became tinged with ethno-religious sentiments. In what were considered to be reprisal attacks, Fulani communities were targeted and attacked in Benue, Taraba and Adamawa for much of 2018. 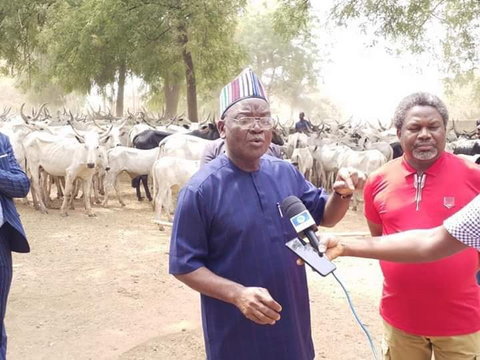 Afterwards, Governor Ortom heaped the blame of the attacks in his state on the Miyetti Allah Kautal Hore, whom he said openly threatened to rebel against the state’s anti-open grazing law.

In Ekiti State, then Governor Ayo Fayose was also threatening nomadic or peripatetic herdsmen in his domain.

Fayose issued a stern warning to leaders of the Miyetti Allah Cattle Breeders Association of Nigeria, MACBAN, on the need to keep their cattle away from farms, vowing to hold them responsible for any act of destruction and killing.

He also said Fulani herdsmen doing business in Ekiti should register with N5,000 within three months or face the wrath of the law.

The Global Terrorism Index (GTI) has since categorised Fulani extremists as a terrorist organisation and the fourth deadliest terror group in the world. 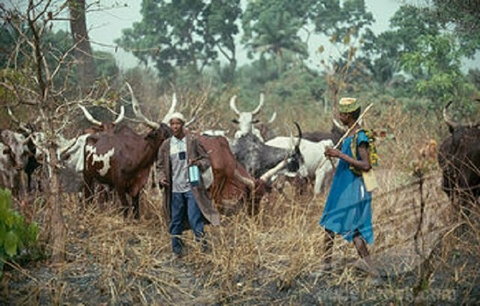 Herdsmen have clashed with crop farmers in Nigeria for decades (Punch)

Herdsmen were also blamed for the kidnapping of former presidential candidate Olu Falae on his farm in Ondo and the killing of Mrs Funke Olakunrin, the daughter of Afenifere leader, Pa Reuben Fasoranti, in 2019.

Clashes between pastoralists and farmers have also been reported in Cross River and Enugu states in recent times.

What did the federal government do?

With most state governors declaring herdsmen persona non grata in their jurisdictions and getting set to implement anti-open grazing legislation, the federal government mooted the idea of cattle colonies.

Then Agriculture Minister Audu Ogbeh said: “We have to deal with an urgent problem, cattle rearing and the conflicts between farmers and herdsmen, and actually bring it to a halt.

“Nigerians are getting extremely uncomfortable with these killings and we may make political statements and issue palliatives and ask the police and army to go after killers. Let us do our own duty by eliminating the conflict by creating cattle colonies.”

Ogbeh enumerated further by saying: “Colonies and ranches are the same things in many ways except that a colony is bigger than a ranch. 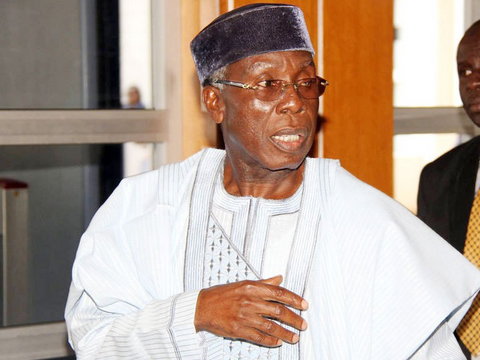 “In a colony, 20 to 30 ranchers can share the same colony; a ranch is usually owned by an individual or company with few numbers of cows, in a cattle colony you could find 100, 200, 300 cows owned by different individuals.

“Ranching is more of an individual venture for those who want to invest, but cattle colonies are bigger in scope and size.”

Not one cattle colony was put up afterwards.

At a briefing in Abuja on June 19, 2018, the National Economic Council (NEC) presented the National Livestock Transformation Plan (2018-2027) as the latest federal government initiative touted to put an end to the agelong herders-farmers crisis and massively improve the livestock industry.

The initiative stipulated that ranching is the way forward for cattle rearing in the country.

Some N179 billion was budgeted for project take-off.

10 pilot states had agreed to donate hectares of land for the cattle colonies, the federal government announced. 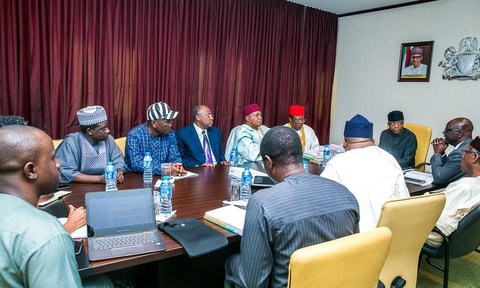 94 ranches were going to be established and operated in clusters of 4 ranches in 24 locations in these states, according to the plan.

Soon afterwards, some states like Ebonyi and Benue said they were not going to be part of any plan to donate hectares of land for ranches to be used by herders; and that they had not been consulted before the announcement was made.

Safe to say the National Livestock Transformation Plan never got off the ground. 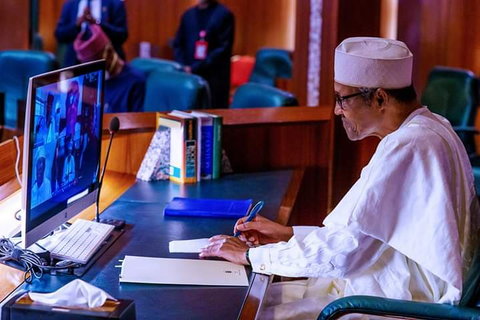 In 2019, the Buhari-led federal government announced the implementation of Rural Grazing Area (RUGA) settlements, the latest in a line of interventions billed to put an end to the recurring conflict between nomadic herders and farmers.

The presidency announced that with RUGA, animal farmers, not just cattle herders, will be camped in settlements, with provision of necessary and adequate basic amenities such as schools, hospitals, road networks, vet clinics, markets and manufacturing entities that will process and add value to meats and animal products.

It was reported at the time that RUGA settlements had started springing up in 11 pilot states that had shown considerable interests. The states were listed as: Sokoto, Adamawa, Nasarawa, Kaduna, Kogi, Taraba, Katsina, Plateau, Kebbi, Zamfara and Niger. 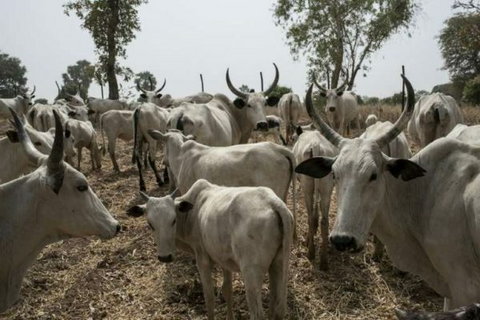 Each of these states would have at least six locations where nomadic herders would be settled alongside others interested in rearing animals.

“Already, state and local governments are buying into the initiative. Many states have indicated interest. They have been coming to the ministry and will like to join to ensure that we set up RUGA settlements in their states so that their nomads will have a place. Also, they will have cattle markets and modern abattoirs in their states,” Permanent Secretary of the Federal Ministry of Agriculture and Rural Development, Mohammed Umar, announced gleefully.

RUGA has also ended up like the others before it–it is yet to leave the documents on which it was inscribed in bold lettering two years ago.

Where are we now?

“As the Chief Law and Security Officer of the state, it is my constitutional obligation to do everything lawful to protect the lives and property of all residents of the state,” Akeredolu said.

The governor also banned night grazing with immediate effect, noting that the practice usually leads to destruction of farmlands.

He also outlawed underage grazing, and prohibited the movement of cattle within cities and highways. 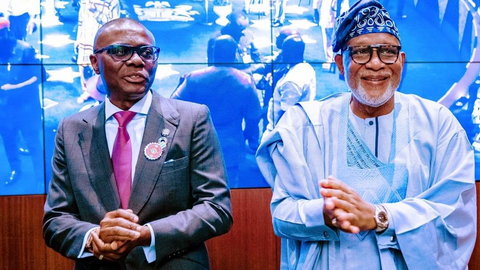 “Our resolution to guarantee safety of lives and property within the state shall remain utmost as security agencies have been directed to enforce the ban,” the governor declared.

On January 19, the Nigerian presidency fired back, telling Akeredolu that he has no such powers.

The presidency said Akeredolu is knowledgeable enough to realise he cannot unilaterally remove thousands of herders who have lived all their lives in the state.

In the last couple of days, Sunday Adeyemo, who is popularly known as Sunday Igboho, has been ordering Fulani herdsmen out of all the forests in Yoruba-land. 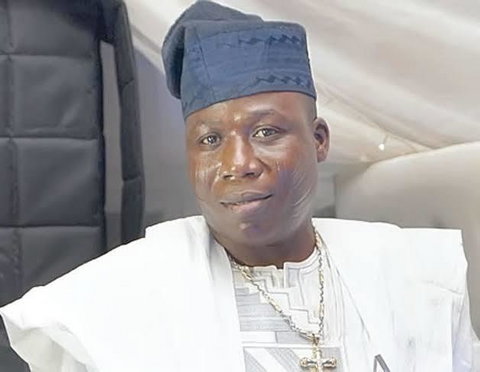 Igboho’s ultimatum has sparked ethnic clashes in some Oyo communities and stoked ethnic tension in the land.

At a meeting on Monday, January 25, 2021, Southwest governors resolved to ban open grazing of cattle in the region.

Blood on Uniforms (1): The Inside Story of Extra-judicial Killings by Police Officers Enforcing COVID-19 Lockdown

A Roguish Leadership Crisis and the New Rationalisation of Evil: The Nigerian Debacle

Makinde and His Keg of Gun Powder, By Dare Babarinsa

What Does Adeboye Think of Apostle Suleiman?

Book Review: Made In Aba; Swimming Among the Sharks, By Olusegun Adeniyi

How Bleaching Destroys Your Skin and Health