Gateway Hotel Ota which used to be one of the best hotels in Ogun State is now a jungle. 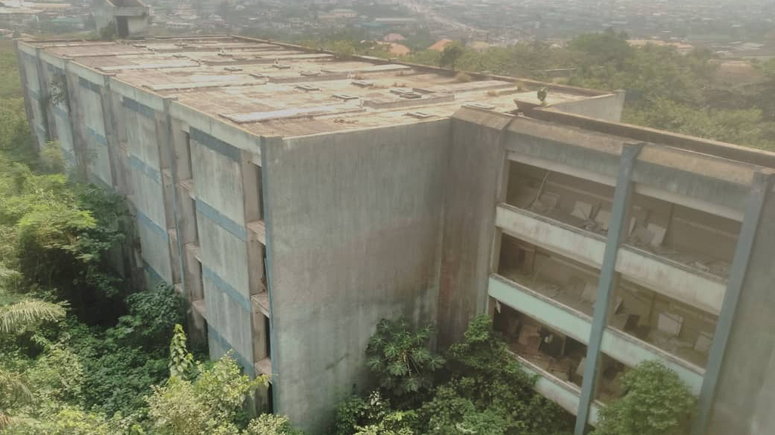 Gateway Hotel Ota which used to be one of the best hotels in Ogun State is now a jungle.

Zuriel Oduwole: Nigerian Teenage Filmmaker Celebrated for Black History Month in the US

Gateway Hotel Ota is one of the three hotels built during the administration of Chief Olabisi Onabanjo in the ‘80s in Ogun state.

Each of the hotels has parking lots spacious enough for over 1000 vehicles.

Built to demonstrate equal distribution of wealth in Ogun, the Olabisi Onabanjo-led administration situated each of the hotels in Ijebu, Egba and Yewa/Awori — the three geo-political regions in the state. 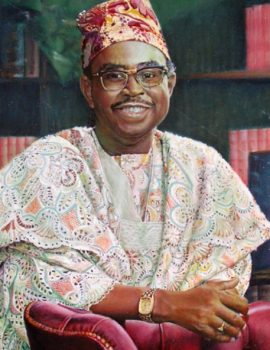 While the one for the Ijebus is located at Ijebu Ode (now Equity Resort Hotel), the Gateway Hotel for the Egbas is situated in the state capital at Ibara, Abeokuta (now Park Inn). The one that turns out to be unfortunate among them rots away in Ota.

Gateway Hotel Ota along Lagos-Abeokuta expressway is the biggest of the three with over 350 rooms and suites.

Due to its proximity to Lagos, it happened to be the most popular of the three. It was a shrine for cinema-goers and fun-seekers in the ‘90s.

At a time when Lagosians used to stay glued to their TV sets on Sundays to know about new movies, Gateway Hotel enjoyed unlimited publicity on LTV 8 as the cinema in the facility was the choice of many Nollywood actors, who considered the hotel as the best place to premiere their movies.

There are claims on the streets that the visuals of ‘Ijo Yoyo’, a viral fuji album of General Kollington Ayinla in the early ‘90s was shot at the pool side of the luxurious hotel.

In truth, the facility had everything to lure anyone into its premises. The wavy architectural design of a section of the hotel with its fascinating relief sculptures that portrayed the socio-cultural artifacts of the Yoruba ethnic group was always a sight to behold for passers-by.

For several years, Gateway Hotel Ota was undoubtedly the best hotel in Ogun state, but the poor maintenance culture associated with governance in Nigeria tampered with the destiny of the hotel. What used to be a home of fun has now unfortunately surrendered itself to overgrown weeds, reptiles and miscreants.

A jungle in the heart of a city

Gateway hotel is situated about 500 metres from the old toll gate along Lagos-Abeokuta expressway. Its location on a wide expanse of land is strategic enough to attract visitors from both Lagos and Ogun State. 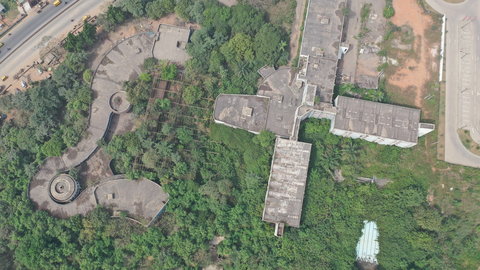 Pulse paid a visit to the hotel and what we found was the skeleton of a massive building standing in a jungle of overgrown weeds and trees.

Every luxury item put in place for visitors to enjoy good service has been looted. All the decorative lights in the halls and conference rooms are all gone.

There is nothing left in the building that could remind anyone of what the hotel used to look like in the past. All windows and doors including their frames have been removed. All appliances including air-conditioners and fans have disappeared.

The cinema section of the hotel is a dust-encrusted dark room with no relic of its original self. 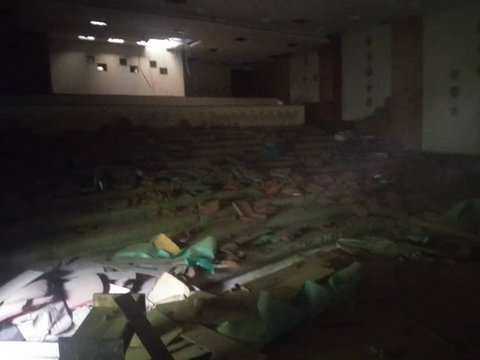 The cinema section of the hotel. (Pulse)

Since the building was left to rot and became an open space for anyone to access, miscreants are said to have made away with every valuable item they could lay their hands on.

All pieces of furniture have been stolen except the termite-infested ones abandoned in the heap of rubbish at each floor of the five-storey building. The only relic of luxury in the hotel are tattered rugs strewn all over the dusty floor. 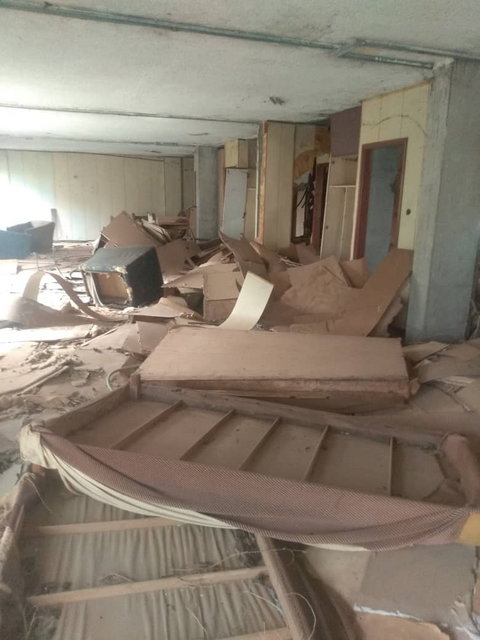 All valuable items in Gateway Hotel have disappeared. (Pulse)

Entering the hotel from the toll gate, a shanty built with sacks and sticks and used as a bathroom is most likely the first thing to see at the entrance of the hotel.

The bathroom belongs to a group of Hausa men, who now occupy a section of the hotel with their wives and children. 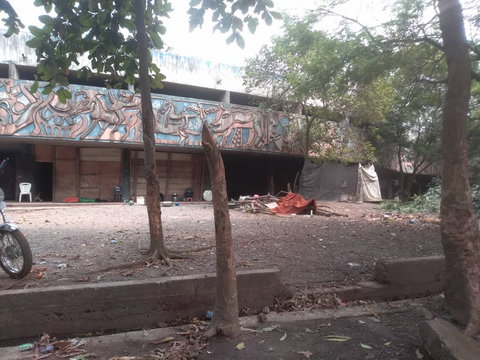 A section of the hotel now occupied by a group of Hausa family with their bathroom erected at the entrance of the hotel. (Pulse)

With trees and weed all over the place, Pulse gathered that there is a dungeon at the back of the hotel.

Officials of So Safe Corps, a neighbourhood security outfit of the Ogun State Government said they recently caught a tricycle operator with a woman he had hypnotised in the building.

Members of the corps, who voluntarily stationed themselves at the building after noticing suspicious movements around the hotel, said the abandoned property has become a hideout for criminals, who come to the hotel’s premises at night to commit atrocities.

They said when they were cleaning a part of the hotel they now use as an office, they found school uniforms, sandals and wigs in some of the rooms.

They added that the part of the hotel occupied by the Hausa family was given to them by the concessionair, who employed one of them to watch over the building.

The beginning of the rot

At the twilight of his administration, Otunba Gbenga Daniel concessioned the three hotels to private investors for a period of 25 years. 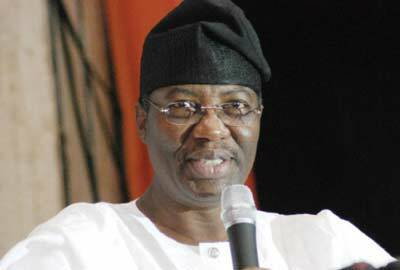 The facilities were said to have been concessioned because they were being run at a loss. It was also said that since they were established, only N27 million was realized from the three hotels.

According to the report of the Judicial Commission of Inquiry set up by ex-governor Ibikunle Amosun to look into state properties sold or concessioned during Daniel’s administration and published by the state government in February 2012, Gateway Hotel Ota was concessioned to MIDC Limited and sub-leased to ARTEE Industries Limited. 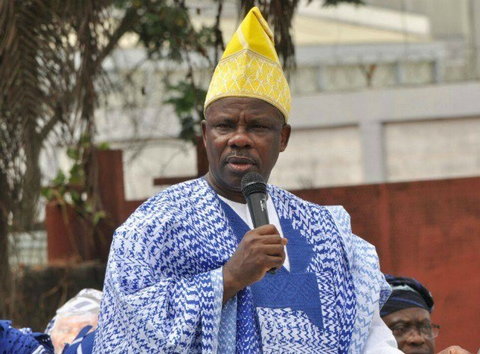 The report stated that the concessionaire, who took possession of the hotel in 2009 promised to complete the refurbishment of the facility within 18 months but failed to do anything after two and a half years.

Confirming this to Pulse, Gboyega Isiaka, former Managing Director, Gateway Holdings Limited, the agency in charge of Ogun State Government properties said, the concessionaire that acquired the hotel in Ota was not fully prepared.

He said, “The situation with Gateway Hotel Ota is that the concessionaire that got the place was not as fully prepared as those that got the other two locations. We discovered this even before we left office and we gave him a letter to the effect that he should do certain things or we cancel the concession, and we agreed on what they are going to do within the place, we also issued a warning”. 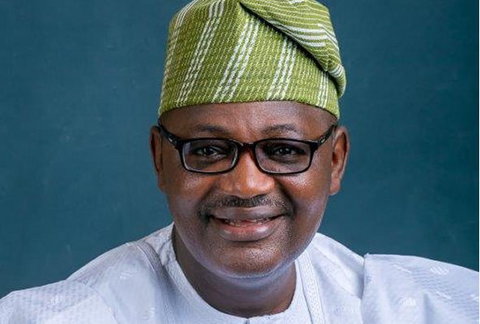 Due to MIDC’s inability to procure funds for the project, the concessionaire entered into an agreement with Gateway Holdings and ARTEE Industries Limited, the owners and operators of the famous PARK ’n’ SHOP brand.

As stated in the panel’s report, “ARTEE INDUSTRIES LTD was granted a Development Lease for a term of 23 years less 3 days (i.e the unexpired residue of the term granted to MIDC) in respect of an area measuring approximately 2.153 hectares (the shopping arcade) to be used for a SHOPPING MALL”.

The report recommended that “the concession agreement with MIDC be terminated forthwith in view of the several fundamental breaches and the clear demonstration of financial incapacity by the company.”

Despite the failure of the concession process that made a carcass of Gateway Hotel Ota, Isiaka, who was a governorship candidate in the state in the 2019 election said he was proud of the process.

“Even the day I appeared before the Judicial Commission panel, I told them that what we did there is what I remain proud of. Yes, there might be one or two things that probably should have been delayed or done better, there will always be things like that.

“Unfortunately, when we left office, another government got there. It is left for that government to manage the process. So all these stories that you are the one that sold the hotel at a cheap price is rubbish.”

After the concession agreement with MIDC was terminated as recommended by the Judicial Commission of Inquiry, the former governor of the state, Senator Ibikunle Amosun allegedly sold the empty expanse of land within the premises of the hotel to Tayo Amusan, his billionaire friend, who owns the popular the Palms Shopping Mall in Lekki, Lagos. 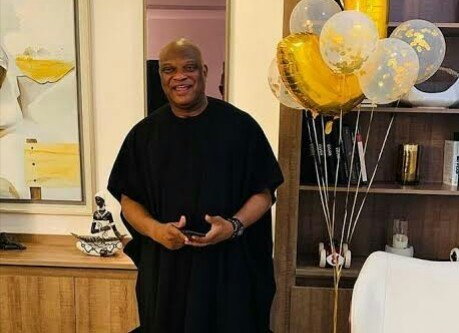 Tayo Amusan, the businessman who owns the Palms Shopping Mall in Lagos and Ogun state. (BusinessHallmark)

While Gateway Hotel rots away with miscreants looting and vandalising it, another branch of the Palms Shopping Mall housing Shoprite sprang up beside the hotel.

While commissioning the Shopping Mall in December 2016, Amosun promised that his administration would revive the abandoned hotel.

The ex-governor, who believed the presence of a Shopping Mall in a Local Government Area conferred a mega-city status on Ogun State said the resuscitation of the hotel would complement the new Shoprite Plaza in bringing development to the area because of its proximity to Lagos State. 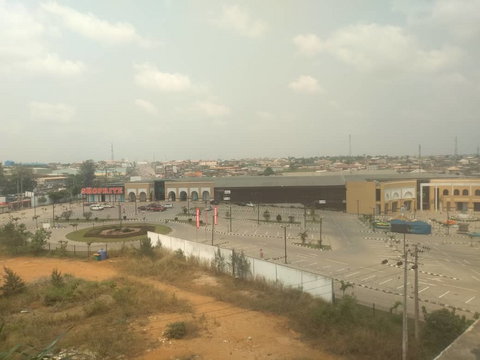 The empty expanse of land in the premises of the dilapidating hotel was allegedly sold to Dayo Amusan during Ibikunle Amosun’s administration in Ogun State. (Pulse)

He said, “l am delighted that Ogun State has finally joined the states that have Shopping Malls, just like any other, in the world.

“This development goes further to confirm our status as a mega-city, with things like this. Congratulations to Shoprite, congratulations to the Palms, the Chairman of the mall and so many others that will come to do business here.’’

In a bid to confirm the authenticity of the claim that he sold the premises of the Gateway Hotel to his friend, Pulse reached out to Amosun for his response to the allegation but the former governor ignored the message sent to him via email and Whatsapp on Monday, January 18, 2021.

Pulse also reached out to the Managing Director of Gateway Holdings, Dapo Akinwola, to know if the state government has any plan to revive the hotel, but Akinwola refused to comment, saying he is not best placed to respond to questions on the property.

The Chief Press Secretary to the state government, Olakunle Somorin also refused to comment on the dilapidating state of the hotel.

When asked on the telephone what effort is being made to revive the hotel, Somorin said, ‘you’re talking to the wrong person’ and ended the call abruptly.

With the current state of the multi-billion naira building, it is clear that Gateway Hotel Ota has joined the list of properties abandoned as a result of negligence and poor maintenance culture of the Nigerian Government, and it does not look like anyone is willing to commit his/her money to revive the jungle.

Herdsmen: Makinde, Akeredolu Have No Business Going To Abuja To Beg Buhari—Falana

Zuriel Oduwole: Nigerian Teenage Filmmaker Celebrated for Black History Month in the US

From Medical Doctor to Entrepreneur: Dayo Olakulehin, the Inventor of the D-box, Tells His Story

With Over 1.3 million Users, Nigeria-based Fintech, FairMoney, Seeks to Replicate Growth in India

A key to Thriving in 2021: Focus on What You Can Control