Cattle Dealers in The North Call Off Strike, Resume Lifting of Food to South

The north has been implementing a food blockade policy to starve the south. 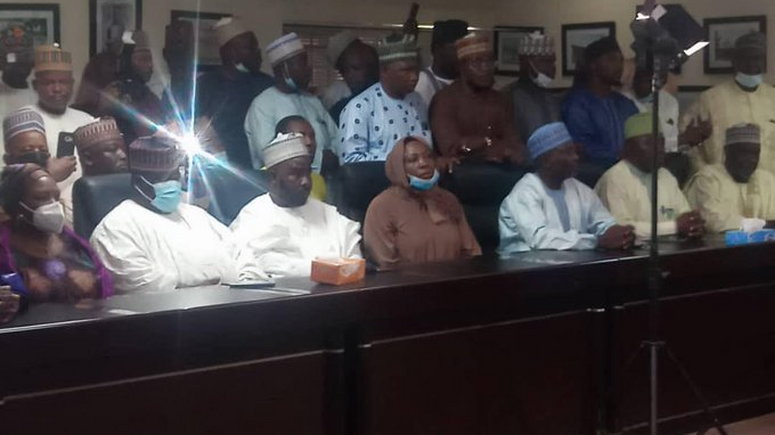 The leadership of the northern cattle and foodstuff dealers under the aegis of Amalgamated Union of Foodstuff and Cattle Dealers of Nigeria (AUFCDN), has agreed to end the blockade of food supplies to the south.

The association commenced its strike on Thursday, February 25, 2021, asking for billions of Naira in compensation from the federal government for the destruction of their businesses and property in Ondo and Oyo States in January and February.

While the strike lasted, the prices of foodstuff, including beef and vegetables, soared in Lagos, Nigeria’s most populous city and economic capital.

Baskets of tomatoes, pepper and onions were also left to rot in the north as food-laden trucks were impounded and sometimes burnt around the Ilorin, Benue and Niger corridors.

However, northern farmers and traders have now agreed that trucks of cattle and food supplies heading south will no longer be impounded.

The agreement was reached after the group’s meeting with some state governors in Abuja, the nation’s capital, on Wednesday, March 3, 2021.

Abdullahi Tom, a youth leader of the cattle dealers in Lagos, told Daily Trust that Kogi State Governor Yahaya Bello was one of the leaders who appealed to them to end the food blockade.

Tinubu and the EFCC, By Richard Akinnola

64-Year-Old Man Slumps, Dies During A Brawl With Girlfriend

Tinubu and the EFCC, By Richard Akinnola

Pastor Adeboye @ 79: How God Preserved His Life for His Purpose

The North and Its Failed Political Industry, By Dan Agbese

NDLEA Intercepts Parcels of Cocaine, Heroin Being Shipped to UK, Ireland, Others