These traditions might make you rethink your marriage proceedings. 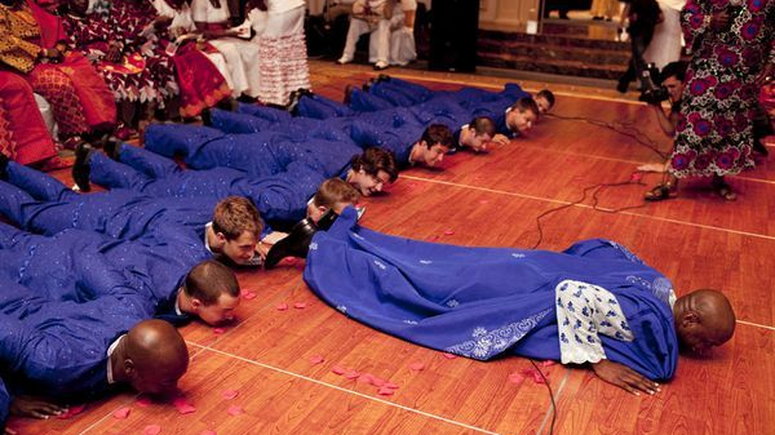 Some marriage traditions are so ancient in culture that they have not been phased out over time. However, there are some that are still practiced till this day. This article highlights some of them.

The dowry/bride price of the Igbo people features a negotiation over a certain amount of money, that is usually not so much, and a long list that contains items that are needed for the marriage rites. Some regions of Igboland are notorious for over-stretching the list, as most villagers and kinsmen look forward to marriages as a means of settlement. The list also varies in length and value, depending on how wealthy the incoming family is or if the supposed spouse is from the same village, same state or same country.

The fattening room is one of the shocking rites of passage into womanhood. Practised by the Efiks, it is the room where young women are kept and prepared for womanhood before marriage. In times past, being fat is equivalent to being prosperous and healthy. The culture is gradually phasing out, though.

During the wedding ceremony, an Ijaw bride is not expected to smile until she has been sprayed a lot of money by the groom and his family.

Prostrating, or dobale, is a huge form of respect amongst the Yoruba, as they are very keen on respecting one’s elders. Therefore, at a traditional marriage, a groom and his groomsmen are all expected to lie down flat/prostrate at the feet of the bride’s family. The groom is expected to prostrate four times before the end of the ceremony.

Fulanis believe in flogging a prospective groom publicly before the wedding. This is to test the bravery and resilience of the groom and make him prove that he is worthy of the bride. All suitors are expected to go through this rigorous flogging and any one who cries or chickens out loses the bride. The woman sees it as a thing of pride if her man gets flogged for her.

7 Stylish Spots for a Cute and Filling Breakfast in Lagos

7 Stylish Spots for a Cute and Filling Breakfast in Lagos

3 Tips on How to Get a Flat Stomach, Fast!